Are you at the point where you just can’t see yourself being successful at losing weight? Do you think you don’t have what it takes? Have you tried just about every diet out there without success? If so, you’re not alone. I was in that place not too long ago. But I was able to get out of it, with just one small mindset change.

I started to believe in myself.

I used to think I was just going to be overweight my entire life. My whole family was overweight, so I thought that was just how it was going to be. I tried Weight Watchers. I tried Nutrisystem. I tried Slim Fast. Some of it  worked for a while, but the weight always came back. I thought it was just me. I thought I didn’t have what it took to be thin. Sure, I could lose weight. I would lose 15-20 pounds and be proud of myself. But I just couldn’t get below 190 pounds. Something always stopped me.

Even when I became a Black Belt in Tae Kwon Do, I weighed almost 200 pounds. I would look around at all the other women in the class who were smaller than me (which was pretty much everyone), and wonder how they did it.  I thought of myself as a role model for overweight women. If I could become a black belt, then anyone could, right?

I didn’t realize my thoughts were what was keeping me fat.

I finally figured it out. Instead of thinking “Why me?” I started thinking, “Why NOT me?” That one simple thought motivated me like nothing else.

I finally thought of myself as worthy of my own time and effort. Funny, isn’t it? When I became SELFISH, I started to lose weight. I started to exercise every day. I started to make time for myself and make my husband watch the kids while I spent an hour a night on myself. It was non-negotiable. My time was MINE. Not anyone else’s. It was only one hour a day.

I started to eat right and not apologize for it. I would not take a second helping. I would eat salad. I would change my own recipes and use ground turkey instead of ground beef. I would add vegetables to my meals. I would do whatever it took to be successful. And it worked!

You know what else happened?

I won’t say it’s still easy. I’ve had some life events happen that made me gain some of the weight back. I’ve had both of my hips replaced this past year, but now I’m finally ready to get back there. I feel strong, normal again, and fully recovered. I’m READY to do it again. And I know I can do it, because I will not stay down. I’m not wired that way. I’m a fighter.

Do you want to know a secret?

YOU can do it, too. You just  have to decide. Decide that YOU are worth it. Decide you will do whatever it takes to take care of yourself. And when you do, come find me. You don’t have to know where to start. I’ll help you. You just have to schedule the call. Follow this link and make a commitment to yourself. You thank yourself for it later. I look forward to talking to you.

I'D LOVE TO HEAR FROM YOU! 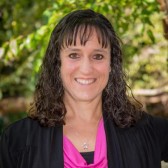 View all posts by ckramerblog »